| Targeting of cannabinoids to inflamed tissue: Elucidating the mechanism of immunomodulation

Several pathological disorders are characterized by an inflammatory response triggered by the innate-immunity system with massive monocytes/neutrophils infiltration to the diseased tissue. We have shown that nanoparticles (NP), polymeric- and lipoid–based (liposomes), encapsulating bisphosphonates and other drugs prevent neointimal formation of restenosis  in rat and rabbit models as well as in humans (in Phase IIb clinical studies). The therapeutic effect stems from the transient and partial depletion of circulating monocytes, affecting certain sub-populations. The transient and partial depletion of circulating monocytes results in reduced accumulation of inflammatory monocytes in the inflamed tissue. This massive ingress of monocytes/neutrophils to the inflamed tissue can be exploited to deliver therapeutic agents to an inflammatory-associated pathological disorder. 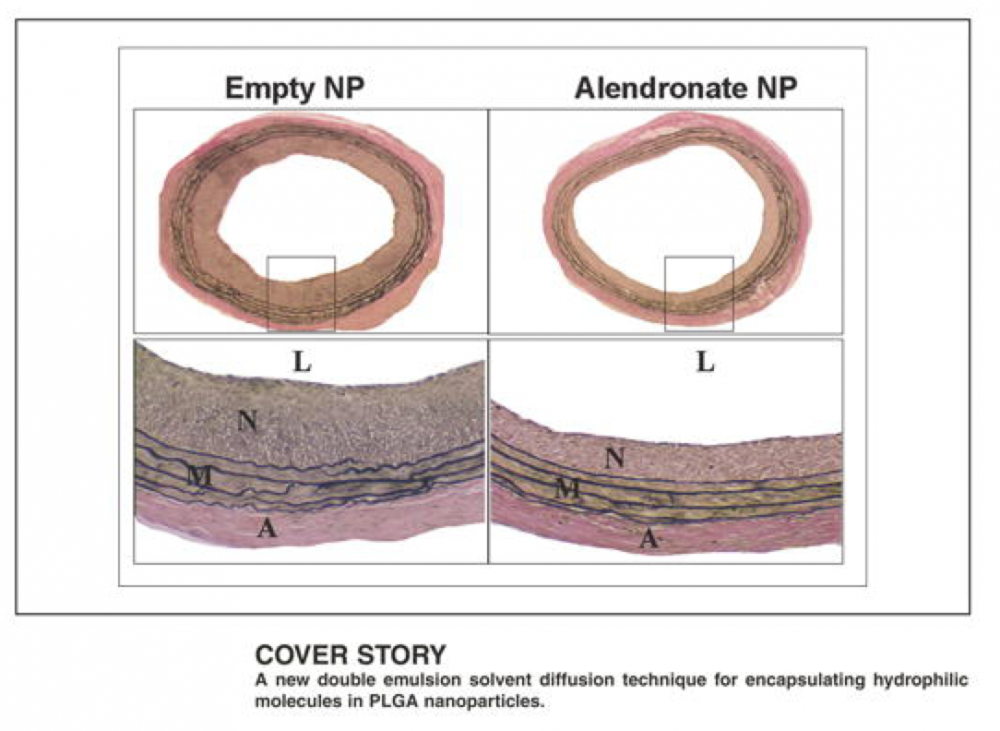 There are two main subtypes of cannabinoid receptors, CB1 and CB2. The CB1 receptor is expressed mainly in the CNS, but also in the lungs, liver and kidneys. The CB2 receptor is expressed mainly in the immune system and in hematopoietic cells. Several synthetic cannabinoids have been shown to bind to the CB2 receptor with a higher affinity than to the CB1 receptor. However, most of these compounds exhibit only modest selectivity. CB2 receptors may play an important compensatory role in controlling tissue inflammation and injury in cells of the neuronal, cardiovascular, liver and renal systems, as well as in infiltrating monocytes/macrophages and leukocytes during various pathological conditions of the systems (atherosclerosis, restenosis, stroke, myocardial infarction, heart, liver and renal failure). These receptors limit inflammation and associated tissue injury. The pharmacological modulation of CB2 receptors may hold a unique therapeutic potential. Since several highly active cannabinoids are associated with psychotropic effects, we suggest to exploit our delivery system for targeting the inflamed tissue while circumventing the CNS. In our recent studies we elucidated the mechanism of immuno-modulation by dissecting the effects on monocytes subsets (‘pro’/‘anti’-inflammatory), in animal models of cardiovascular disorders. We will study the immuno-modulating effect of cannabinoids on monocyte subsets in order to understand their mechanism of action.